Steps of this project are the following:¶

1. Basic summary of the data set¶

I used the pandas library to calculate summary statistics of the traffic signs data set:

2. Include an exploratory visualization of the dataset.¶

Here is histogram of the data set, showing how the data is distributed: 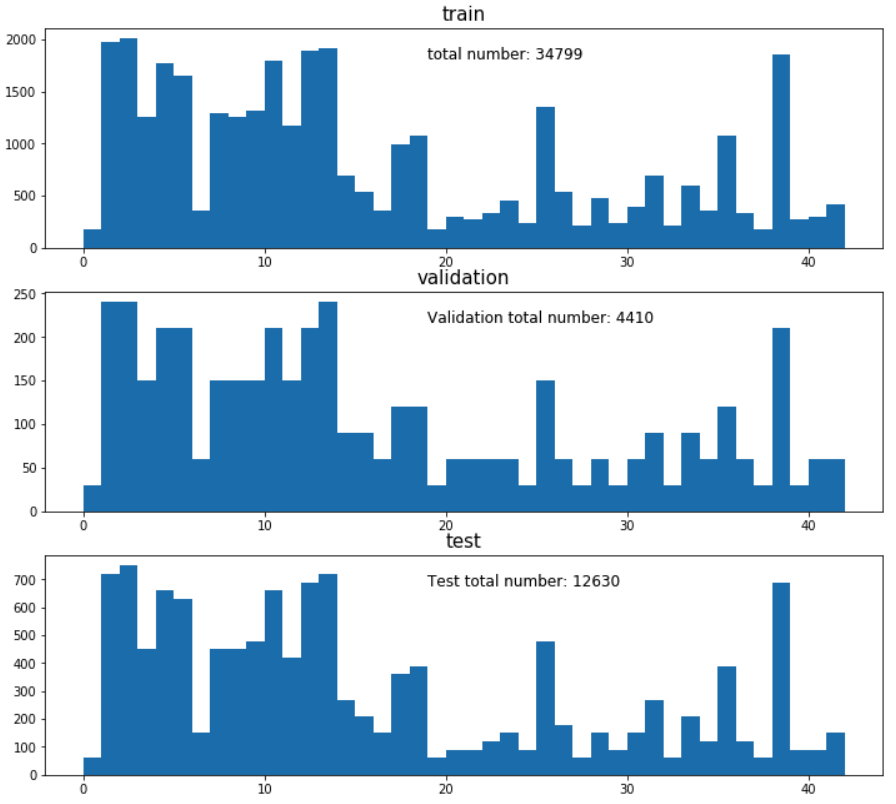 As a first step, I decided to convert the images to grayscale because color is not the major factor that distinguishes a sign from another. The essence of the signs exist within its shapes and symbols.

Here is an example of a traffic sign image before and after grayscaling. It was done simply by averaging the RGB values that it is not EXACTLY gray, but it meets the intention of the preprocessing. 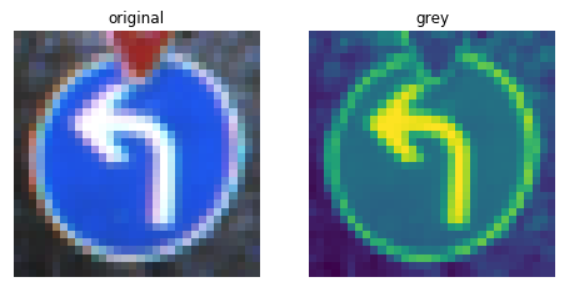 As a last step, I normalized the image data. In theory, it's not necessary to normalize numeric x-data (also called independent data). However, practice has shown that when numeric x-data values are normalized, neural network training is often more efficient, which leads to a better predictor. Basically, if numeric data is not normalized, and the magnitudes of two predictors are far apart, then a change in the value of a neural network weight has far more relative influence on the x-value with larger magnitudes. For example, for the first line of raw data, a neural network weight change of 0.1 will change magnitude of the age factor by (0.1 30) = 3, but will change the income factor by (0.1 38,000) = 3,800.

I decided to generate additional data because as it was shown in the histogram above, the volume of dataset for each calss is very unbalanced, which may result in as much unbalanced classifier after training.

To add more data to the the data set, I used the following techniques of rotating, flipping, and changing color values. Even if the image itself may represent the same sign, training the model with the rotated, flipped of color changed images will enhance the performance.

Here is an example of an original image and an augmented image:

The difference between the original data set and the augmented data set is the following ... 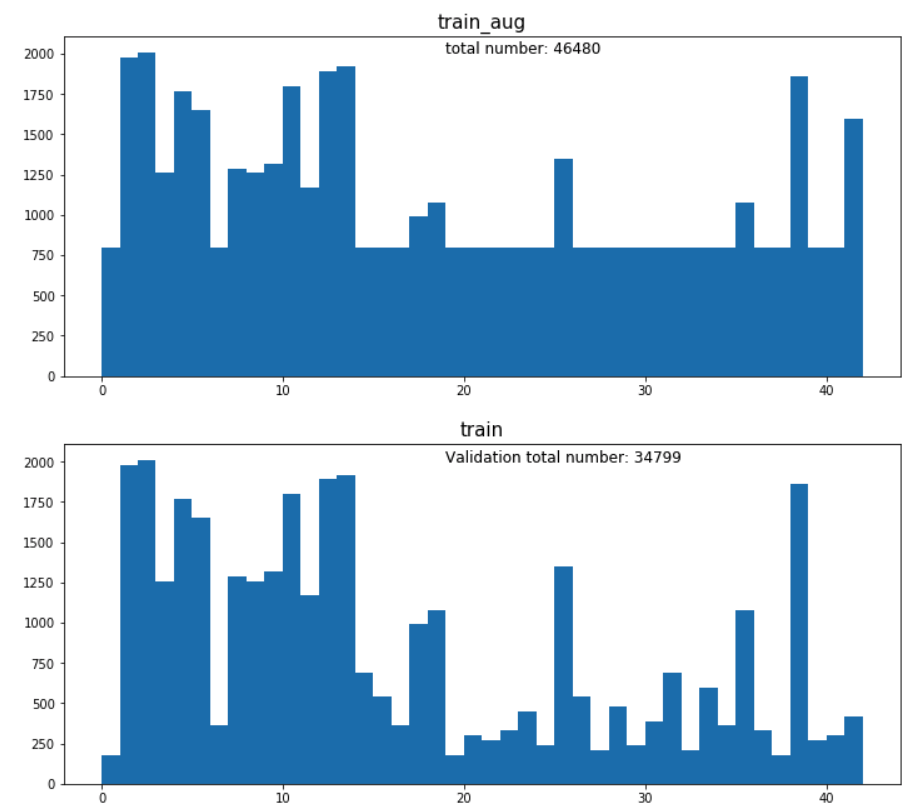 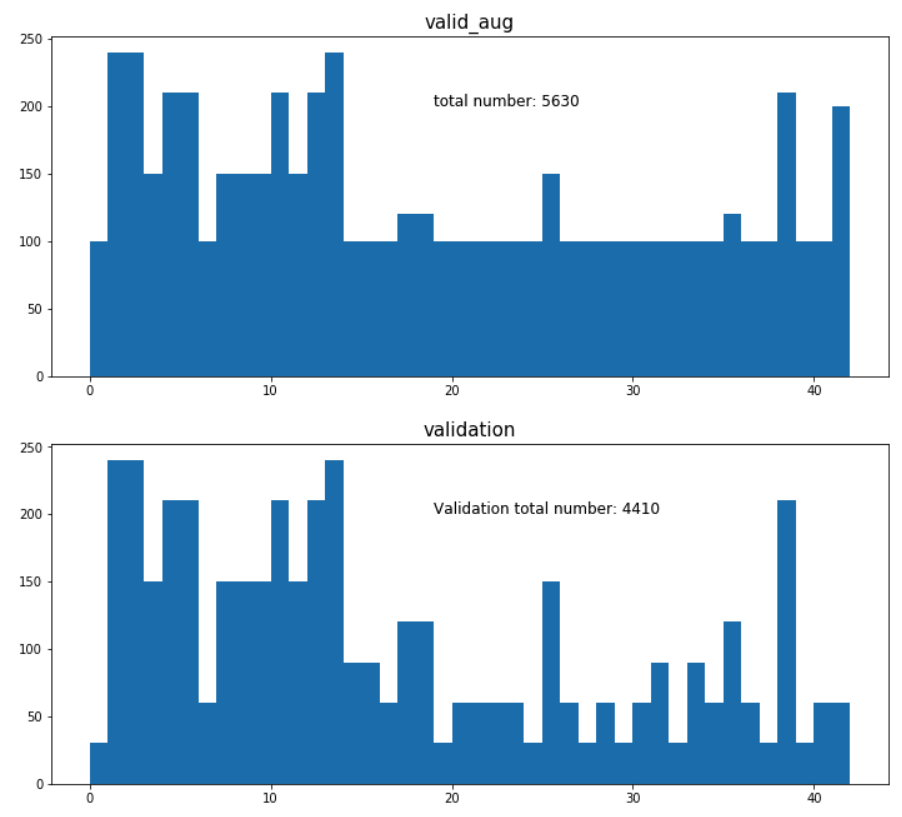 To train the model, I used an AdamOptimizer with the following hyper parameters:

My final model results were:

Test a Model on New Images¶

Here are five Traffic signs that I found on the web:

Here are the results of the prediction:

The model was able to correctly guess 5 of the 5 traffic signs, which gives an accuracy of 100%, which is higher than the accuracy on the test set (94.2%).

This part shows the predictions for each signs with 5 the highest probabilities. Each row represent a result for the image on the left-most. The numbers in the box represent the calculated probability of each image. 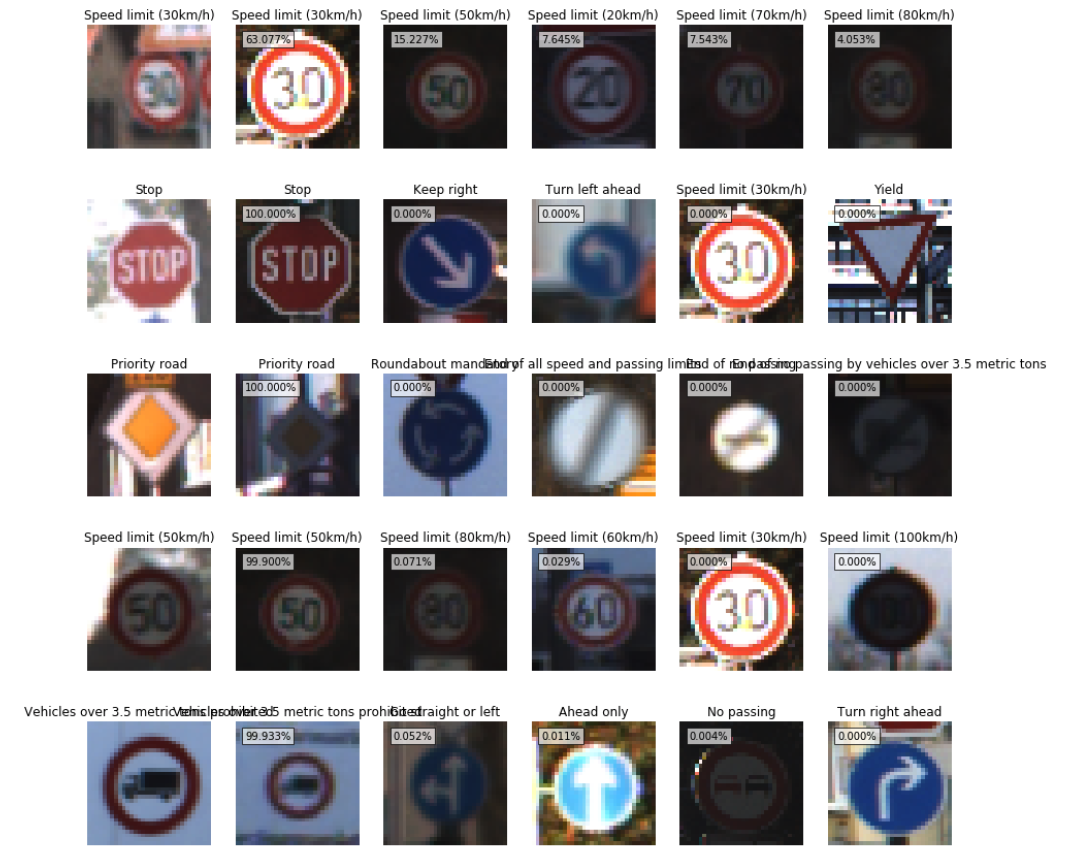